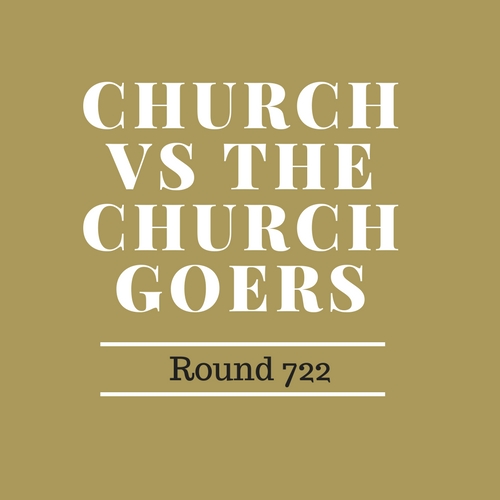 The seclusion of the church has become a tool that has dulled the political acumen and the weapon for the oppressed. There was a time when churches were the harbingers of social justice. Now they often prefer tax exempt status over empowering their congregants. To provide clarity, there was a time that churches fought loudly for the political favor in the black community. Leaders like MLK and Malcolm X stemmed from very politically active churches (*Nation of Islam is a quasi-church in my mind and now bears some strange resemblances to prosperity gospel groups). Their harm was inextricably linked with their ability to lift up others with them. Now, we get souls who laud themselves and their money. Prosperity gospel, that prayer and God chooses who should be rich, generates an inwardness that was not a mainstream approach to religion until the rise of televangelism. Now it haunts the religious community around every corner. Even to the point that yoga isn’t safe. Bikram yoga is an excruciating practice where you engage in yogic practice in a 100+ degrees Fahrenheit room. It spread like wildfire and though many are there for the exercise portion it also carries a religious engagement similar to prayer. Its founder is now on the lam from the law for sexual assault and tax evasion. He believed his own hype and had some outlandish words and beliefs.

Joel Osteen, the sole weasel to escape from Roger Rabbit’s world, has established an elaborate series of machinations to funnel money into his own pockets. His narrow skull filled with gleaning teeth can be seen at Wal-Marts across the US. Preaching an independence that suggests an inward and isolationist approach is his “shtick”. Essentially saying your problems are just God testing you, go further inward and you will work your own way out. Oh, and most importantly, give money to me because God wants me to thrive. The gall. The shamelessness. Yet, people give. Osteen has a net worth of about 40-60 million. He claims that there is no need to be ashamed about being rich. I guess when you are that rich, you can swallow the pride. Not someone who brings good into the world. Certainly not to the public at large. And, easy as it would be to criticize so many other elements, including his time working under Judge Doom, we must admonish him for the looking inward instead of engaging the injustices of this world. Not even willing to open his vast megachurch in Houston to help those suffering immediately after Hurricane Harvey ravaged the city. Yet, the power of shame can only sway Joel so much. He opened after the internet barraged him with criticism but he persisted on making excuses.

If I were to say what these congregations are good for, it would seemingly be only in their ability to further fleece the government for tax purposes.  Perhaps the inward turn from the churches at large was because they were simply afraid to lose their tax exempt status. If that is the case, then money has triumphed over salvation.